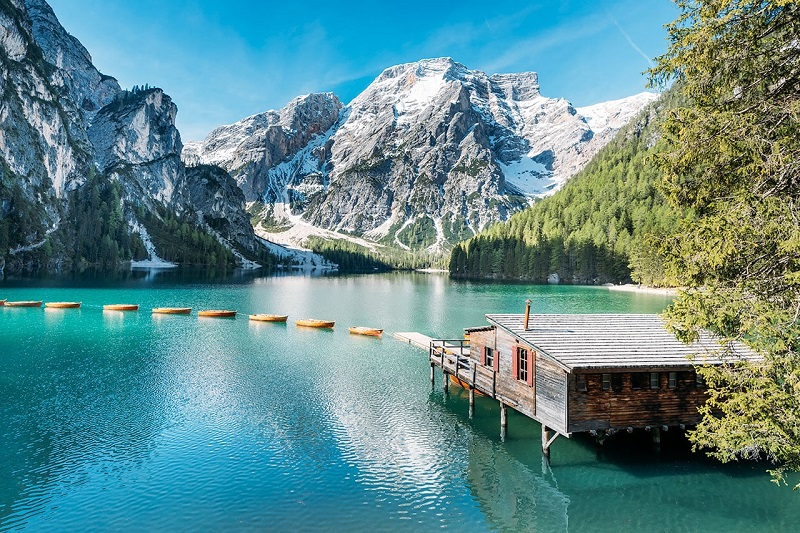 Mirrors with iridescent reflections that draw clouds, woods, mountains, stealing pastel colors or fragments of stars from the sky. The lakes of Italy have a different shape, color, and genesis. Some have filled the crater with ancient volcanoes, others owe their origin to the action of glaciers which, moving. Have dug hollows filled with water over time, others still describe a branch. A heart, a funnel, an emerald, giving the viewer a magical show. Here are 15 lakes in Italy to see.

Extensive, deep, formed as a result of the action of glaciers which, as they moved. Slowly dug out basins filled with water, the glacial lakes in Italy are located in the north.

From the center of Lake Braies, reachable by a small boat, it is possible to admire the wonderful setting that, with the majestic Croda del Becco, encloses this emerald-colored jewel, set in the suggestive Braies Valley, a few kilometers from Bolzano.

The Lario, the deepest lake on the national territory, with its three branches, the monumental villas that overlook its banks and the castles, is an authentic pearl set between Lecco and Como. From Cernobbio to Menaggio, from Bellagio to Varenna, there are villages that surround this romantic stretch of water, which are worth immortalizing. 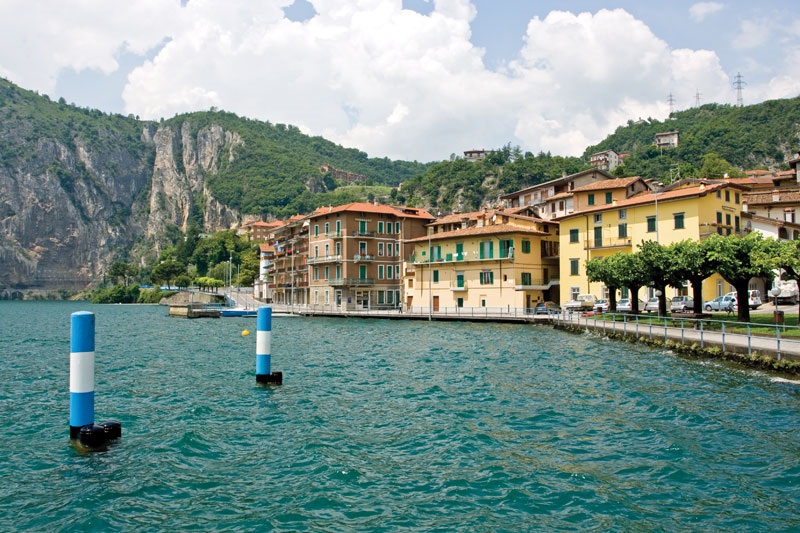 To admire the highest lake island in Europe, Monte Isola, with the Sanctuary of the Madonna Della Ceriola, just move to Lake Iseo, wedged between the provinces of Bergamo and Brescia. On the Brescia side, you will encounter some interesting places, such as Iseo, the fishing village of Sulzano. And Sale Marasino which houses ancient churches and sixteenth-century buildings.

Nestled between Lombardy, Veneto, and Trentino Alto Adige. Lake Garda, the largest of the Italian basins, encloses five islands and boasts exclusive locations. Among the destinations not to be missed, Gardone Riviera – where Gabriele D’Annunzio had the famous Vittoriale built – Sirmione, appreciated for its Roman remains and for its thermal waters, Desenzano del Garda, Salo, and Limone.

Lake Maggiore shares its shores with Switzerland, as well as bathing the provinces of Verbano-Cusio-Ossola, Novara, and Varese in Italy. The archipelago of the Borromean Islands, between Stresa and Verbania, is the pride of this fascinating body of water. 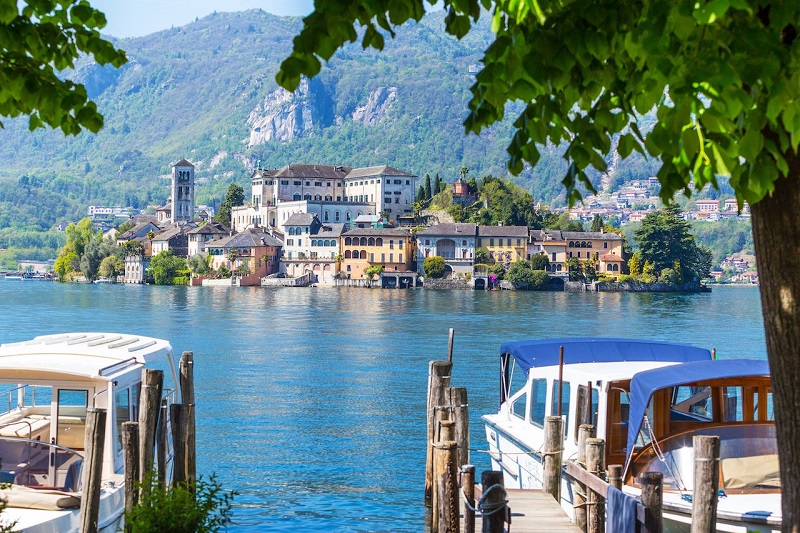 Originally it was the Simplon Glacier, from which Lake Orta was born. This basin, separated from Lake Maggiore by Mount Mottarone, lying between the provinces of Novara and Verbano-Cusio-Ossola, revolves around the fascinating Island of San Giulio. It is certainly worth admiring it, at least once in a lifetime, listening to Gianni Rodari’s tales floating on the water

From one of the piers of Trevignano Romano, the view of Lake Bracciano. A romantic stretch of water of volcanic origin is fantastic. Located north of the metropolitan city of Rome, surrounded by the Sabatini Mountains, the lake crosses, next to Trevignano, the centers of Bracciano and Anguillara Sabazia. It is one of the best italian lakes.

This volcanic basin, the largest in Europe, is entirely located in the province of Viterbo. In addition to the centers of Bolsena, Montefiascone, Gradoli. The lake is famous for its islands and eels, also mentioned by Dante. 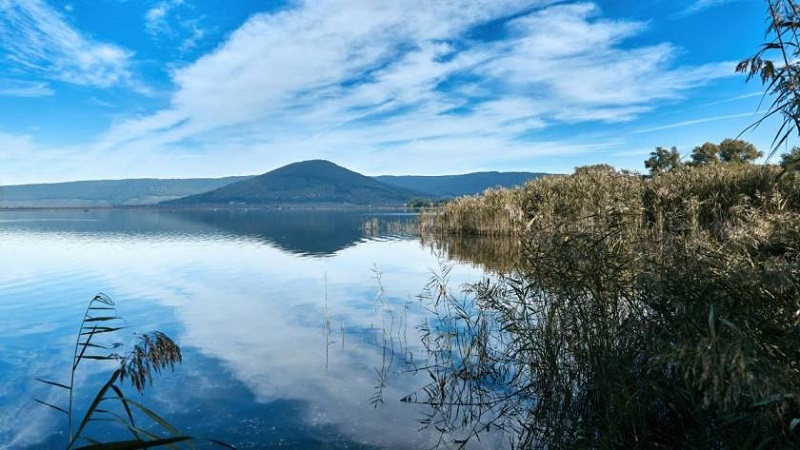 Enclosed between the Fogliano and Venere Mountains, Lake Vico, a nature reserve and protected area about forty kilometers from Bolsena, is a destination of great interest especially for avifauna lovers. On the shores of this lake – whose origin legend attributes to the club that Hercules stuck in the ground to challenge the locals – you can see numerous varieties of water birds, from coots to the great grebe, from herons to the little egret.

Immersed in the volcanic complex of the Alban Hills, Lake Nemi, a few kilometers from Rome. It was a very popular holiday destination for the ancient inhabitants of the capital. On its banks, also known for the cultivation of strawberries, stood the Temple of Diana. Its waters, according to tradition, would have hosted two large ships built by the emperor Caligula to simulate naval battles. It is one of the best italian lakes.

The Trasimeno is the only Italian lake whose origin is linked to tectonic phenomena that coincide with the final stages of the Apennine orogeny. This basin is entirely included in the province of Perugia and the north-west part of its territory marks the border with the provinces of Siena and Arezzo. In addition to the islands – Polvese, Isola Maggiore, and Isola Minore – it is worth visiting Castiglione del Lago, whose fortress offers visitors a breathtaking view. 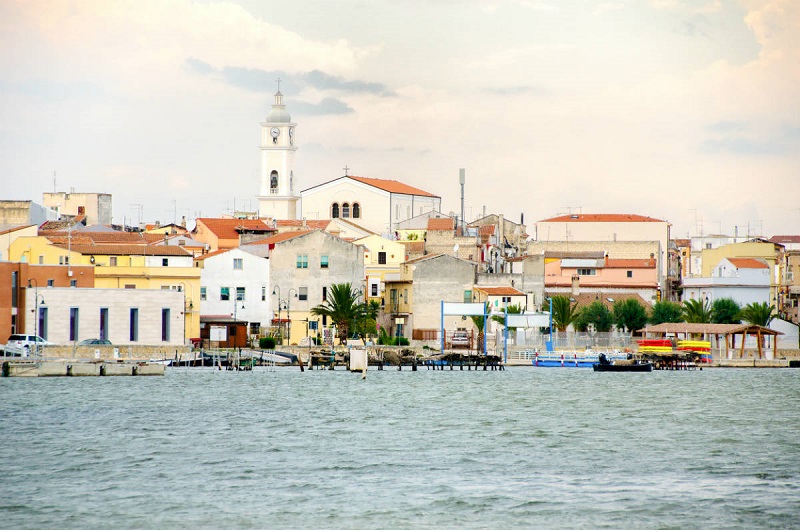 The Dune of Bosco Isola, with its fragrant Mediterranean scrub crossed by myrtles, strawberry trees, and rosemary, separates Lake Lesina from the Adriatic Sea. This lake basin located between the Tavoliere delle Puglie and the Gargano Promontory hosts, in the eastern part, an important Nature Reserve. The old Foggia village of Lesina, with its majestic cathedral and the thirteenth-century bishop’s palace, houses a naturalistic museum.

It is worth photographing, at least once in a lifetime, the Apulian lake of Varano, the largest in southern Italy. Its brackish waters cross the centers of Cagnano Varano, Carpino, and Ischitella, although none of these municipalities overlooks the lake directly. It is one of the most beautiful italian lakes.

Like all artificial basins, Lake Auronzo was created following the damming of the course of a river, the Ansiei, through the construction of a dam. In its magical reflections that seem to illuminate the village of Auronzo di Cadore, in the province of Belluno, the peaks of the Dolomites are reflected majestically. 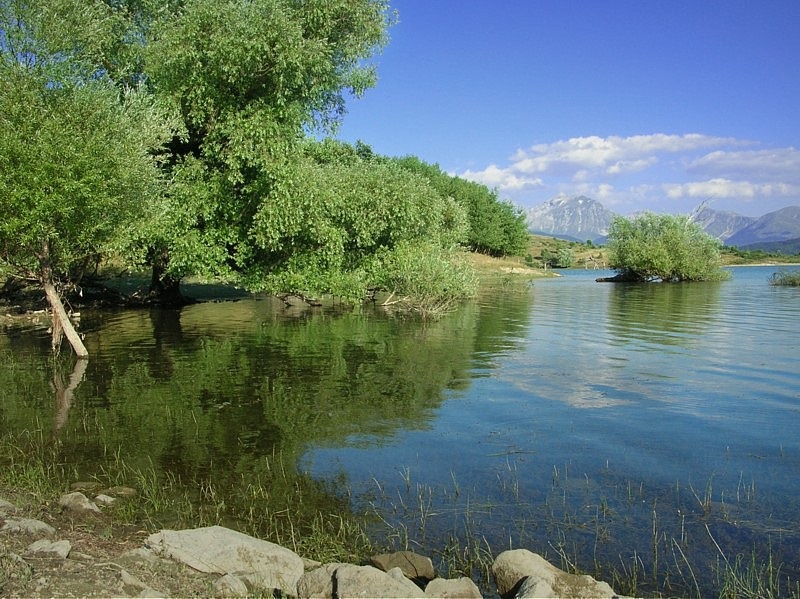 Entirely included in the Gran Sasso and Monti Della Laga National Park, Lake Campotosto is the largest artificial basin in Abruzzo, between the municipalities of Campotosto, Capitignano, and L’Aquila. It is one of the best italian lakes. 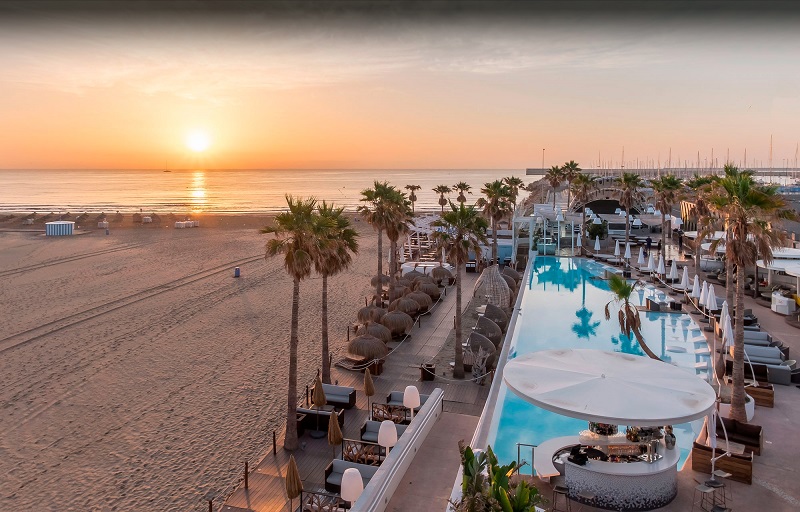 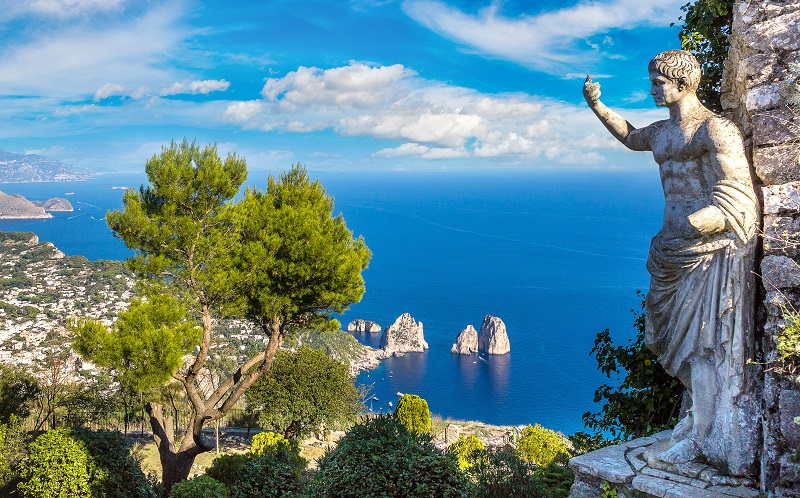 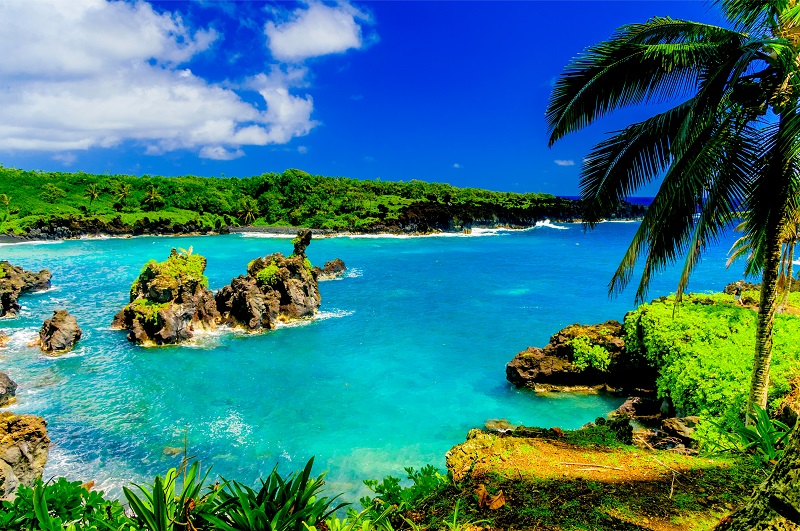