Pollen doesn’t just come in spring. On the contrary: the beginning of autumn is particularly delicate, for example, for the spores that come from ragweed, a very common weed in the regions of Northern Italy (especially in public gardens and uncultivated areas). Also in the first part of autumn, absinthe, grasses, and, in the central-southern regions, the Parietaria bloom. According to research published in the journal Nature Climate Change, climate change is causing the concentration of pollen in the air of ragweed alone to quadruple by 2050. Therefore, autumn allergies are by no means to be underestimated.

AUTUMN ALLERGIES: WHAT THEY ARE

More common than people think, autumn allergies recur on a regular basis every year, mainly caused by pollen, mold, and mites. Allergies, as is well known, represent an exaggerated reactivity of the organism towards the so-called allergens, which is normally harmless substances which, however, in allergic sufferers, trigger an excessive immune response. This results in the production of immunoglobulin E and histamine, which causes the typical symptoms of allergy.

If in northern Italy, between September and early November, it is the pollen of ragweed and grasses that give a lot of trouble, in the center and in the south the main “enemy” is the pollen of the Parietaria, due to the pollination of new plants in this period. Not to mention that summer pollens, due to overheating, remain in circulation in the air longer than they used to, almost until winter. And speaking of ragweed it would seem, according to recent studies, that climate change is influencing its indiscriminate proliferation: by 2050 the allergens present in the air could even quadruple.

Not just pollen, though. A further danger is represented by the spores of some molds, which increase in the autumn period due to the more frequent rains and the greater humidity, typical of poorly ventilated and closed environments. It is no coincidence that the stairs, closets, wardrobes, garages are all areas at risk of mold. But also the refrigerator, where they can contaminate food.

And then there are the mites that do not look the seasons in the face, ubiquitous all year round and even more so in autumn. Where to find them? Virtually anywhere between sofas, beds, armchairs, carpets, and curtains.

Watery eyes, sneezing, coughing, red skin, runny nose, abdominal swelling, are just some of the typical symptoms of autumn allergies. And each of them can be linked to certain causes and, therefore, to specific allergens.

In people allergic to pollen, for example, following the initial production of immunoglobulins against the antigen, that is, the threatening substance, the tissues become inflamed causing a series of characteristic symptoms. Red eyes, repeated sneezing, dry cough, and rhinitis the main ones.

In the case of allergies due to dust mites, the symptoms include frequent rhinitis, sometimes the appearance of conjunctivitis, symptoms affecting the paranasal sinuses, and in general more or less severe airway congestion. Less frequent are skin reactions. If we then talk about molds, the typical symptoms are rhinitis, asthma, conjunctivitis.

To differentiate them from the common symptoms of diseases that occur with the cold season are both the duration and the severity, greater than a common cold. And if you are predisposed on a genetic level, the chances of having an allergy, even in a less suspicious period like autumn, increase significantly. It is important to learn to distinguish them by tracing them back to the real cause because trying to treat allergic symptoms with inappropriate treatments, it goes without saying that it does not bring results.

A good method of diagnosis is the skin test, which should preferably be performed between September and October, to understand which pollens are causing the allergy. As long as it is pollen! 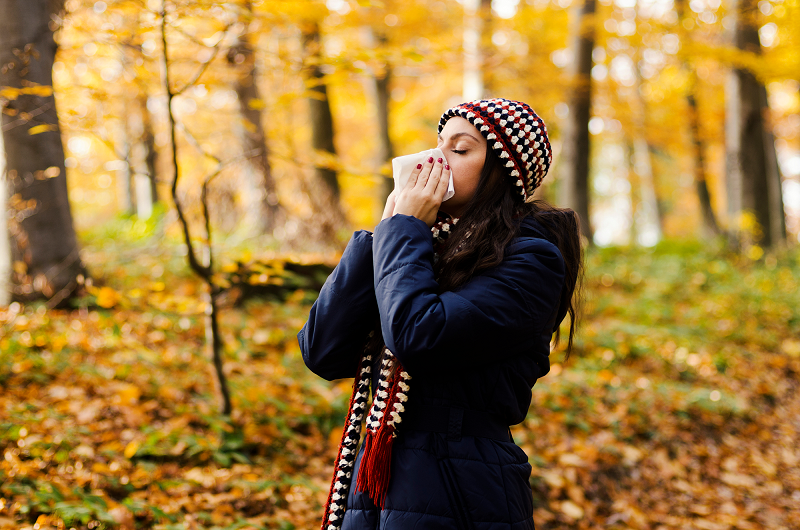 Autumn outdoor allergies are caused by pollen. The summer ones that continue to circulate in the air almost until winter, due to the high temperatures due to climate change, and those produced by the pollination of plants such as ragweed, in the north, and the Parietaria, in the center-south. Pollens that concentrate in the air especially on certain days, the sunniest ones, risking to trigger annoying reactions.

Autumn allergies in the house

The allergies autumn at home is mainly due to mold and mites. The former develops in humid environments, for example, closed and poorly ventilated domestic rooms. And the combination with the heat from the radiators worsens the situation.

Mites, on the other hand, proliferate on carpets, curtains, pillows, sheets, sofas, armchairs and dust is their ally. Precisely for this reason, it is advisable to keep clean, wash the various fabrics at high temperatures, and remove the “involuntary” sources of dust, avoiding for example the accumulation of objects. 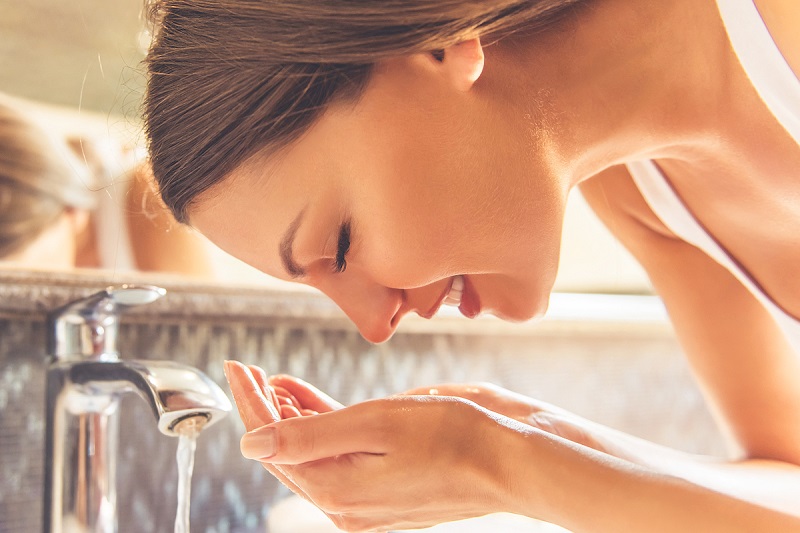 Natural remedies combined with health prevention are the best against autumn allergies. A good habit, useful for various types of allergies, is to carry out nasal washes , at least 1 or 2 times a day, with saline solutions. What are they for? They eliminate any pollen or other allergens from the nostrils. Also, wash the eyes with cold water throughout the day, and before bedtime is helpful.

In general, if you suffer from pollen allergies, avoid opening doors and windows at night and early in the morning. These are the moments of the day with the highest concentration in the air. Also avoid going out during the hottest hours, for the same reason, and prefer walking after rainy days. The latter sweeps away the pollen. It is also better to avoid environments where you smoke so as not to further irritate the mucous membranes of the nose and eyes.

Also for pollen allergy sufferers, it is recommended to avoid certain plant foods, those with allergenic kinship with plants that irritate you. For example, if you are allergic to grasses, which often cause autumn allergies, avoid apricots, kiwis, citrus fruits, melon, watermelon, peaches, plums, tomatoes, cherries, and almonds in this period.

Mold allergy sufferers should use dehumidifiers in humid domestic environments to keep the environment drier. And don’t forget to air them.

Speaking of mites, the best prevention is through regular cleaning of the rooms and hot washing of the various fabrics. The accumulation of items is insidious. Where there are too many it is easier to accumulate dust. And the more dust there is the more mites increase. 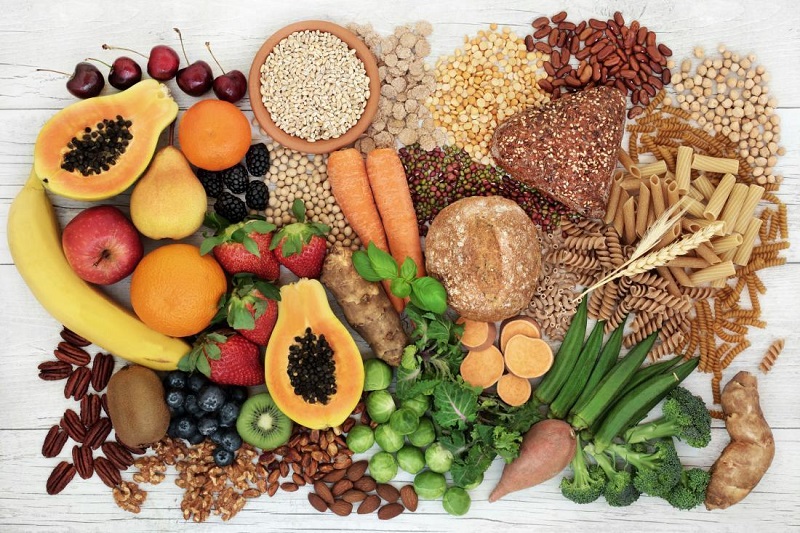 If you suffer from autumn allergies, prevention is essential, but it is not always enough. And in this case, natural remedies come to our aid, to be preferred over pharmacological solutions, unless the allergy necessarily requires their use.

To be effective, natural allergy remedies must contain the release of histamine from our bodies. What is histamine? It is a protein that acts as a natural allergy reagent, on which the various typical outbreaks depend, from erythema to runny nose to red eyes. In practice, natural remedies often act as antihistamines and, as such, help reduce breakouts. Here are the best.

Nutrition is important to combat allergies, for example, whole grains, rich in minerals and vitamins, are perfect for providing fibers that strengthen the intestine, thus preventing breakouts.

Vitamin C and Vitamin E strengthen the immune system, promoting health and, therefore, resistance to any allergies. Therefore free space for foods rich in these vitamins such as oranges, for vitamin C, and spinach, asparagus, broccoli, hazelnuts, eggs, peanuts for vitamin E.

Smog is friendly to allergies while clean air keeps them away. So, as soon as possible, try to take some walks in the countryside and in the mountains, or in any case in places with fresh air and not contaminated by pollution.

Regular but not obsessive cleaning is an ally against allergies from mold, pollen, and mites because it contributes to the reduction of allergens present in the home.

Wash sheets and curtains while hot 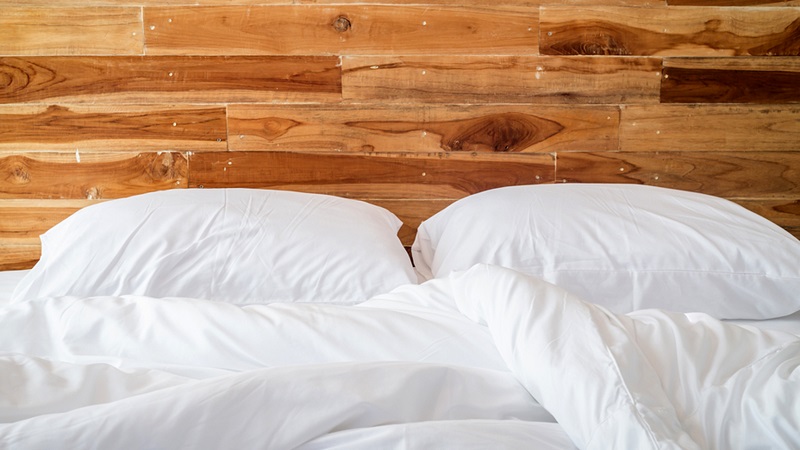 As far as mites are concerned, the ideal is to wash sheets and curtains hot as they already die at 60 °. While mattresses and pillows can be sterilized using a steamer. The vacuum cleaner that spreads allergens into the air rather than eliminating them is less effective, especially if it is not equipped with an anti-mite filter.

To relieve symptoms compresses based on chamomile and rosemary infusion are recommended. Just moisten a cotton ball with the infusion and pass it over your eyes. 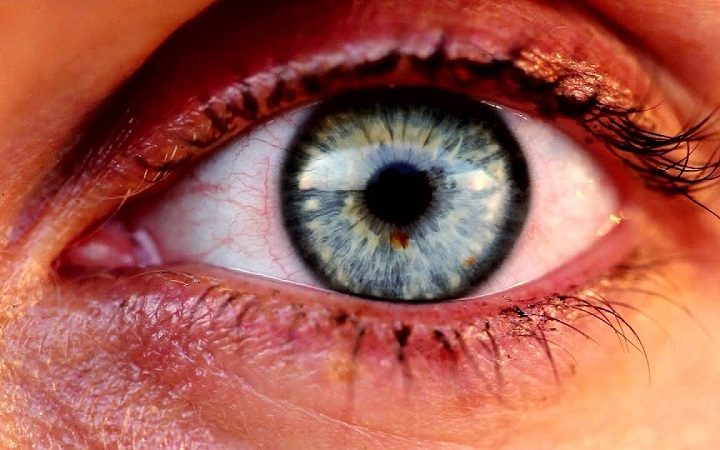 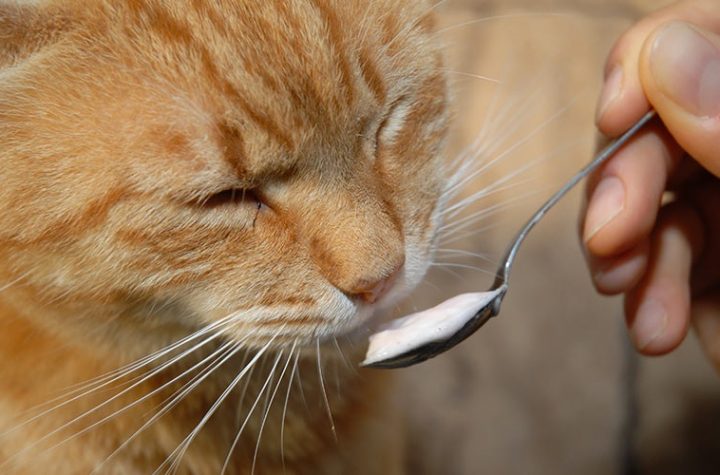 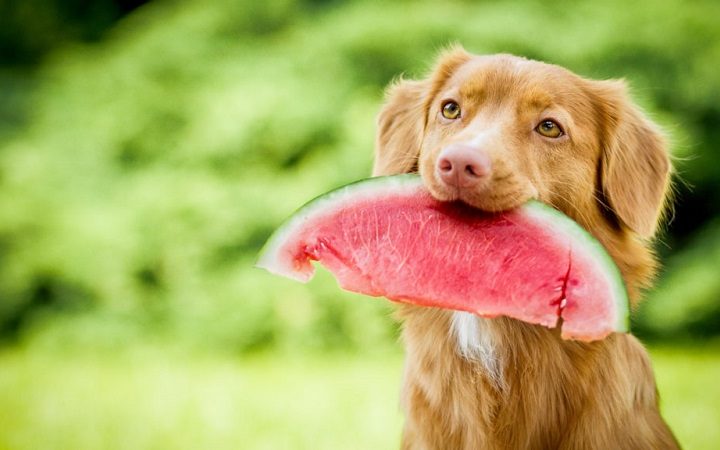 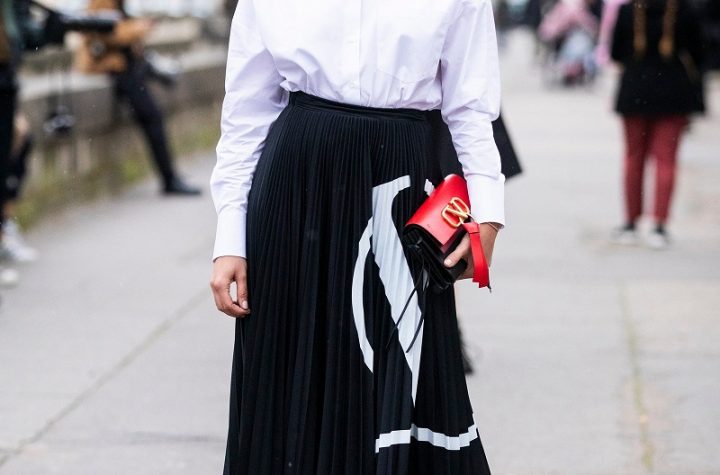 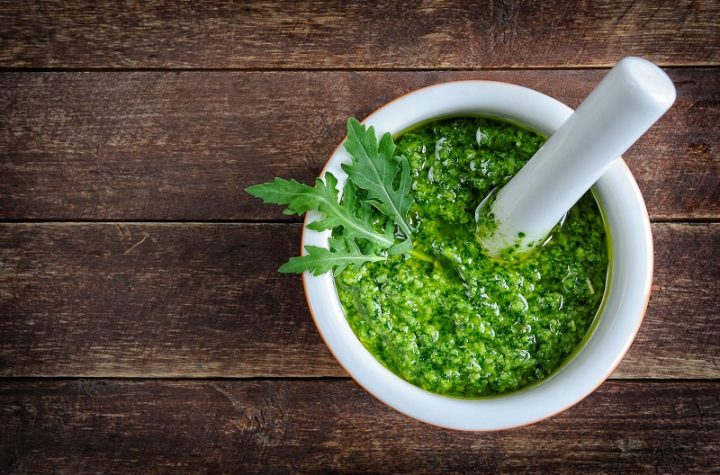